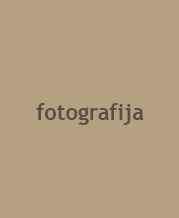 Dijana Markovi-Bajalović, LLD was born in Belgrade. She graduated from Faculty of Law, Department for International Law of Belgrade University in 1982. Earned her LLM degree in 1989 with thesis titled Bond as a Security Instrument in Common Law and International Commercial Law Defended her doctoral thesis titled Market Power of Company and Competition Law at Faculty of Law, University in Belgrade.

In addition to her academic qualifications, Dijana Markovi-Bajalović, LLD acquired knowledge in the field of commercial law, international commercial law and competition law in specialist studies and study visits in country and abroad. She attended postgraduate course on international trade arbitration at Inter-University Center for Postgraduate Studies in Dubrovnik, Croatia in 1986 and Enterprise and Investment Lawyers Course organized by the International Development Law Organization in Rome, Italy in 2003. She was scholarship holder of the Swiss Institute for Comparative Law in 1990, Max Planck Institute for Competition Law, Intellectual Property and Tax Law in Munich, Germany in 2005 and Max Planck Institute for Private International Law in Hamburg, Germany in 2013.

Dijana Markovi-Bajalović, LLD passed her bar examination. Dijana Markovi-Bajalović, LLD began her professional career at the Institute for Comparative Law in the period between 1984 and 2000 where she worked as a researcher and research associate in the field of international commercial law. She has worked at the Faculty of Law, University of East Sarajevo since 2000 where she teaches course in Commercial Law. In 2011 she was elected full professor for the scientific field of commercial law and company law.

Dijana Markovi-Bajalović, LLD also taught courses in International Private Law (2007-2013), International Commercial Law and Competition Law at Faculty of European Legal and Political Studies of EDUCONS University. She was guest lecturer in graduate, postgraduate and doctoral studies of Faculty of Law, University of Belgrade, master studies of European Center for Peace and Development in Belgrade, „Winter School of European Law“ of the Center for European Union Law of the Law Faculty of Kragujevac and Alternative Belgrade Network. She was lecturer for the field of commercial and private international law in seminars aimed at preparing candidates for bar-examination under the auspices of Institute for Comparative Law, Privredni Savetnik, RU Đuro Salaj, Projuris and Faculty of Law of Union University.

Dijana Markovi-Bajalović, LLD served as dean of Faculty of Law, University of East Sarajevo between 2006 and 2008.

She acted as lay-judge of the High Commercial Court in Belgrade from 1998 to 1992. She was chief editor of journal Privrednik-Paragraf from 2000 to 2004.

Dijana Markovi-Bajalović, LLD served as member of Antitrust Commission of Federal Republic of Yugoslavia from 1999-2003. In April 2003 she was appointed by the Naional Assembly of Republic of Serbia to council of Commission for Protection of Competition of Republic of Serbia. From 2006 to 2007 she was vice-president, and from 2007 to 2010 she acted as president of the said council.

Dijana Markovi-Bajalović, LLD was member of working groups of the ministries of the Government of Republic of Serbia for drafting Law on Foreign Investment, Law on Trade and Law for Protection of Competition (2005-2009). She acted as advisor in the Minstry of Foreign Economic Relations of Republic of Serbia from 2005 to 2006.

As legal expert she was professionally engaged in numerous projects of technical assistance funded by the European Union, Government of Republc of Finland and Swiss Agency for Development and Cooperation. She participated in various international conferences and regularly takes part in regional scientific conferences.

Dijana Markovi-Bajalović, LLD was member of board of Faculty of Law for organization of international scientific conferences, notably: Application of Law on Civil Proceedings in B&H held in June 2007, Human Rights and Liberties held in Ocotber 2010 and Harmonization of Civil Law in the Region held in October 2012.

Dijana Markovi-Bajalović, LLD is the author of 11 books and university textbooks and over 150 academic articles. She is fluent in English and German and has working knowledge of Russian language.